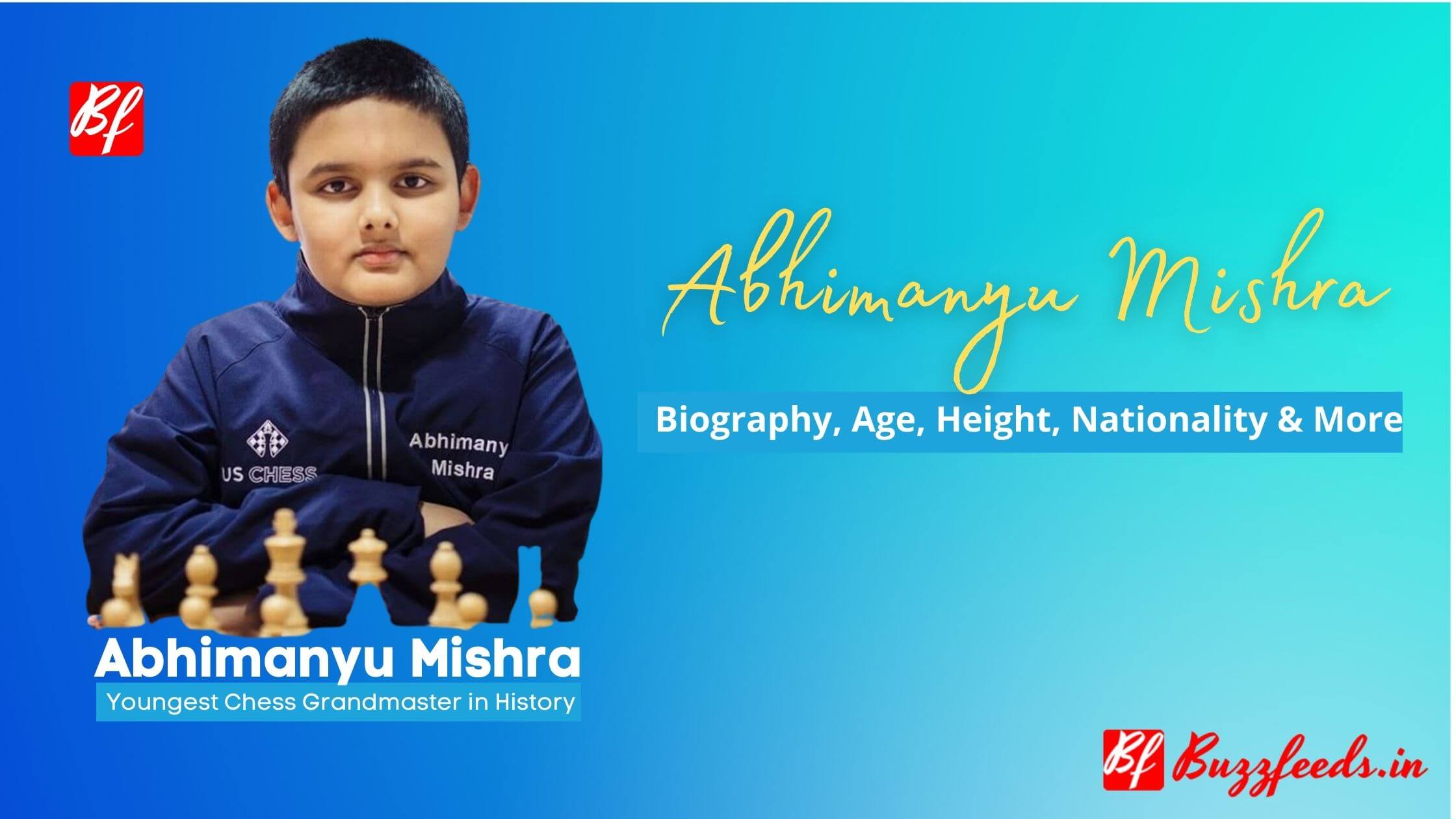 Abhimanyu Mishra Biography: Abhimanyu Misha is an Indian American Chess Grandmaster from New Jersey. He currently holds the record for the world’s youngest-ever grandmaster, having qualified for the title at the age of 12 years 4 months, and 25 days, Mishra breaks the record formerly held by Russian GM Sergey Karjakin.

Abhimanyu achieved this feat by defeating Indian Grandmaster Leon Mendonca in the Grandmaster Tournament held in Budapest. In this post, we will get to know about Abhimanyu Mishra’s biography, age, nationality, height, and other important details.

Abhimanyu’s parents Hemant and Swati who had been originally from Bhopal, Madhya Pradesh, had migrated to the US in 2006. Abhimanyu’s father Hemant Mishra is associated with data management in New Jersey, USA.

They have been actively working as a team to fulfill their son’s dream.

Throughout his career, Abhimanyu didn’t have any corporate Sponsors. But it was his father’s unflinching dedication that has helped Abhimanyu achieved the feat. Hemant had started a fundraising initiative to fulfill the dream that was weaved by the entire family.

The GoFundMe page ‘Support Abhi to become youngest GM in the world‘ contributed $16,183 till now for the success.

Abhimanyu didn’t get any tournaments for more than a year because of the Covid-19 situation, which delayed his achievements yet his immense perseverance paid off.

Congratulations to 12-year-old Abhimanyu Mishra for setting the new world record! @ChessMishra becomes the youngest grandmaster in history, earning his final norm at the tender age of 12 years, 4 months and 25 days.https://t.co/gZ8AfFEchy

Q. What is the name of Abhimanyu Mishra’s Parents?
Ans. – Abhimanyu’s parents’ names are Hemant Mishra and Swati Mishra.