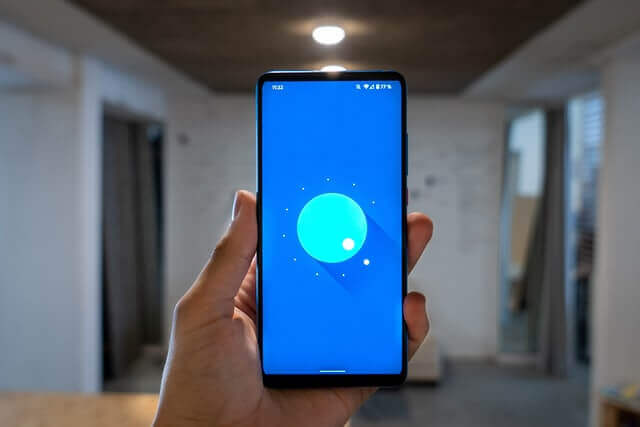 Android 11: Probably one of the most awaited versions of Android. Latest OS of android focus on what is important and when it’s important for you. Whether it be the homepage customization or the Message prioritization. Android 11 falls good in every aspect.

Here in this post, we will be looking at the features which makes a difference in the series of forever improving Operating system. It’s Android 11 and has many unique and futuristic features that will make you love this version.

Now android 11 is already been rolling out for all of the latest devices.

Well, when we say ‘here for all’ we mean the last version of the Android 11 software has started rolling out, even though it is not on all phones right now.

Before we get to the list of the devices which is going to get the update to Android 11, let’s have a look at the amazing features it has.

Android 11 is optimized for how you use your phone. Giving you powerful device controls. And easier ways to manage conversations, privacy settings and so much more.

If you like to talk to your friends while multi-tasking? It’s much easier now. Just enable the conversation in Bubble and you will be able to chat while doing various other works on your Mobile.

Ok let’s get into it in detail without waiting further. Here is the detailed list of features and improvements Android 11 have for you.

Recommended: What is Optical Fiber? How does optical fiber work?

Improved accessibility with Voice commands and Braille talkback will let the physically challenged people use devices more easily and efficiently. Now there is no limitation for usage for challenged people as well.

Lookout feature will now let Blind or low vision people use smartphones on their own easy. Two modes of Lookout will help you to scan documents for better readability. It’s easy and faster.

The flashlight will also be opened with Lookout which will help the user to read in low light. Lookout features will now be available on every android device having 2GB of RAM or more and running on Android version 6.0 or higher.

Digital Wellbeing got better with this update. Bedtime Mode silents your smartphone when it is time for you to sleep. You can schedule a time for it to run automatically or while your smartphone charges as you rest.

Display your smartphone switches to grayscale and your notifications go silent with Do Not Disturb. With the latest version of Digital Wellbeing, you can have a healthy sleeping schedule.

The smartphone will be more dynamic than ever before. Now your smartphone will play some calming music for you to get better sleep and can wake you up with your favorite music or latest news. As the sun rises, your screen brightness will increase as well.

Messaging in Android 11 is far better

Now you will also be able to prioritize the message you want to see and what you want to ignore according to you. In simple, you can say that now you have control over your phone like never before.

You can now pin the chat so that they always appear on top of other apps and screens. This will help you in multitasking while chatting as you can access the chat anytime or anywhere over any other apps. Bubbles of the chat are now not limited to Messenger only. It’s now for all the messaging apps.

Also Read: How to use Disappearing Message on WhatsApp

It is now easier to reply to a message like Good morning, and good night but not limited.

GBoard gives you suggestions to help fill in forms with the info you use most. Like passwords, your home address, or any personal details like a Phone number. It’s now easier as well as faster for the users to fill the forms across the device.

Android improved Security and Privacy to the next level. Now apps will not be able to miss-use the permission you grant. Now with this update, you will be able to grant permission to the apps just for a single time.

It simply means that if you are using the app and the app needs any permission like let’s say, a Camera or your location, you have the choice to grant the permission just for that single-use. Just after you close the app, permission will be discontinued for that app.

Also, if you haven’t used any particular app for a while, you may not want it to keep accessing your data. Right? So Android will automatically reset the permissions you granted for your unused apps. You can always turn permissions back on whenever you reuse that application.

With Android 11, you get even more security and privacy fixes sent to your phone, right from Google Play. So your device stays armed with the most recent security patches from Google.

Also now, you don’t need to reboot your full device to install the update Get Google Play system updates when your phone is not in use or in sleeping mode.

Not only that, you can now pick up right where you started. Apps run immediately after an update is installed. So you don’t miss any notifications after your phone has restarted.

Android 11 is also better at other Usability criteria. Android 11 will have Screen recording built-in, so you don’t need an extra app to record your screen in Android 11. You can record with sound from your mic, your device, or both.

Android will now suggest to you which app you may use next. It will track your daily routine and will show the apps according to your routine of using your phone.

Now apps will be more organized as a folder on your home screen. You can now have all the similar apps in a single folder.

You will now be able to schedule your dark mode for the very first time. Now you will be able to have a schedule when to use dark mode and Light mode. The mode will change automatically with time.

Android 11: Probably one of the most awaited and best version of Android. Latest OS of android focus on what is important and when it’s important for you.

How I used DTH Antenna to Increase my Internet speed?

What is Warp Charge technology? Is It Safe To Use?