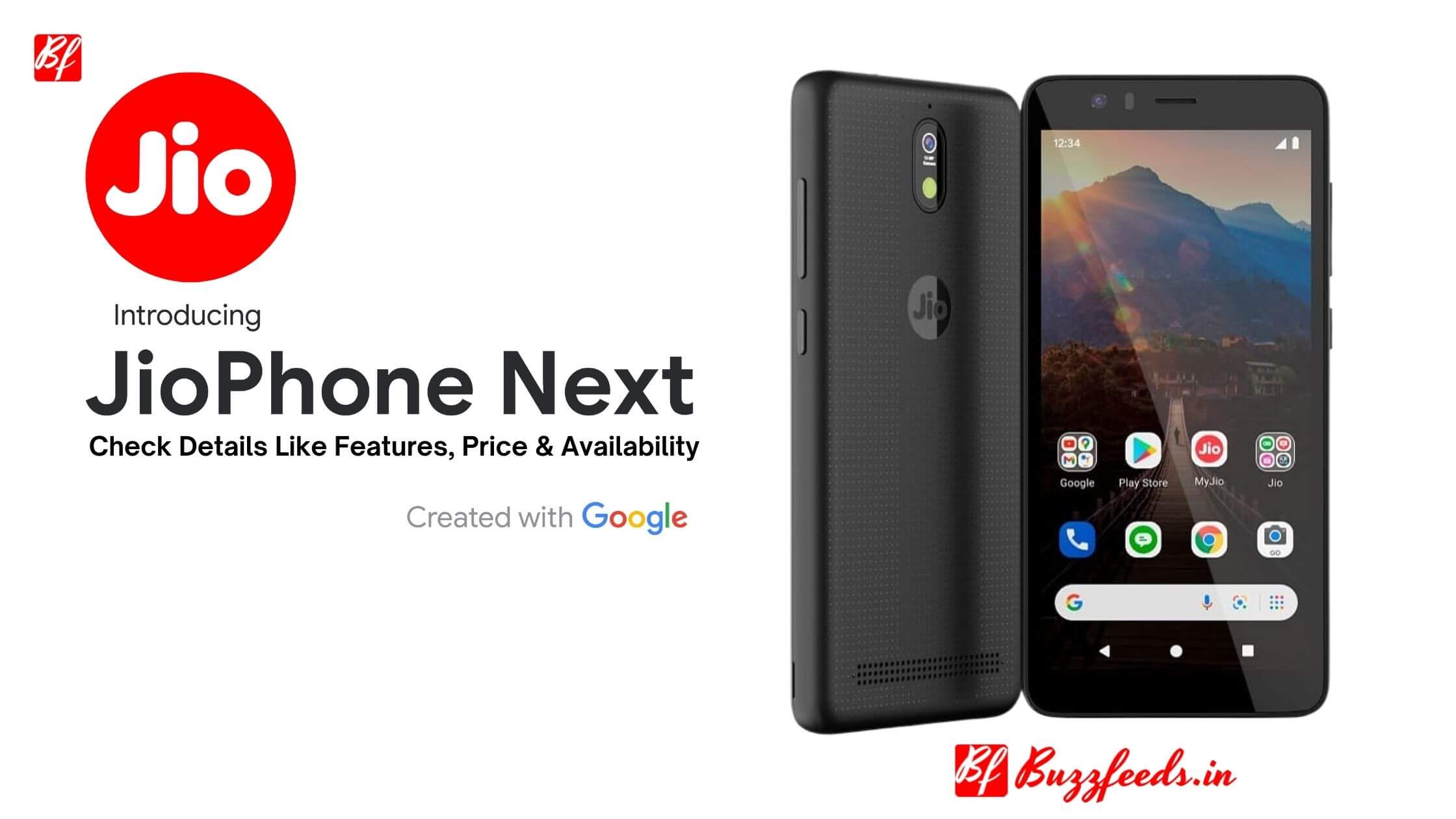 Reliance JioPhone Next will come with a light version of the Android operating system provided by Google. It will not run on KaiOS like the old Reliance Jio Phone.

Google and Alphabet CEO Sundar Pichai said “Our teams have optimized a version of our Android OS especially for this device.”

The JioPhone Next will come with basic hardware features that may not be able to support the latest Android operating system found in new phones generally.

This is why Google has made a stripped-down and optimized Android version for the limited hardware capabilities of the JioPhone Next.

JioPhone Next Features and Specifications

The JioPhone Next may come with a touch screen display of around 5-inch with thick bezels on the bottom and top part. The design is similar to Android smartphones from 2012.

There may be a single camera at the back with LED Flash along with a selfie camera on the front. It will most likely be a dual SIM phone with support for Wi-Fi, Bluetooth, and more.

The new smartphone has been developed in order to expand the reach of the internet to new users in the country.

The phone is expected to provide the user with a wide choice of regional languages of India. The phone will also get the latest Android features and security updates.

While the pricing of the JioPhone next hasn’t been announced yet, the company claimed that it would be very affordable to enable 2G subscribers to upgrade to 4G.

The market is speculating that the JioPhone Next may be priced under Rs 5,000. Also, it is quite possible that Reliance may price it even lesser along with data combo plans.

Reliance JioPhone Next will start selling from 10 September 2021 and the pricing and other offers may be announced closer to the launch date.

JioPhone NEXT World’s Most Affordable Smartphone

Android 11: The OS that knows what’s important and when

What is Warp Charge Technology? Is It Safe To Use?