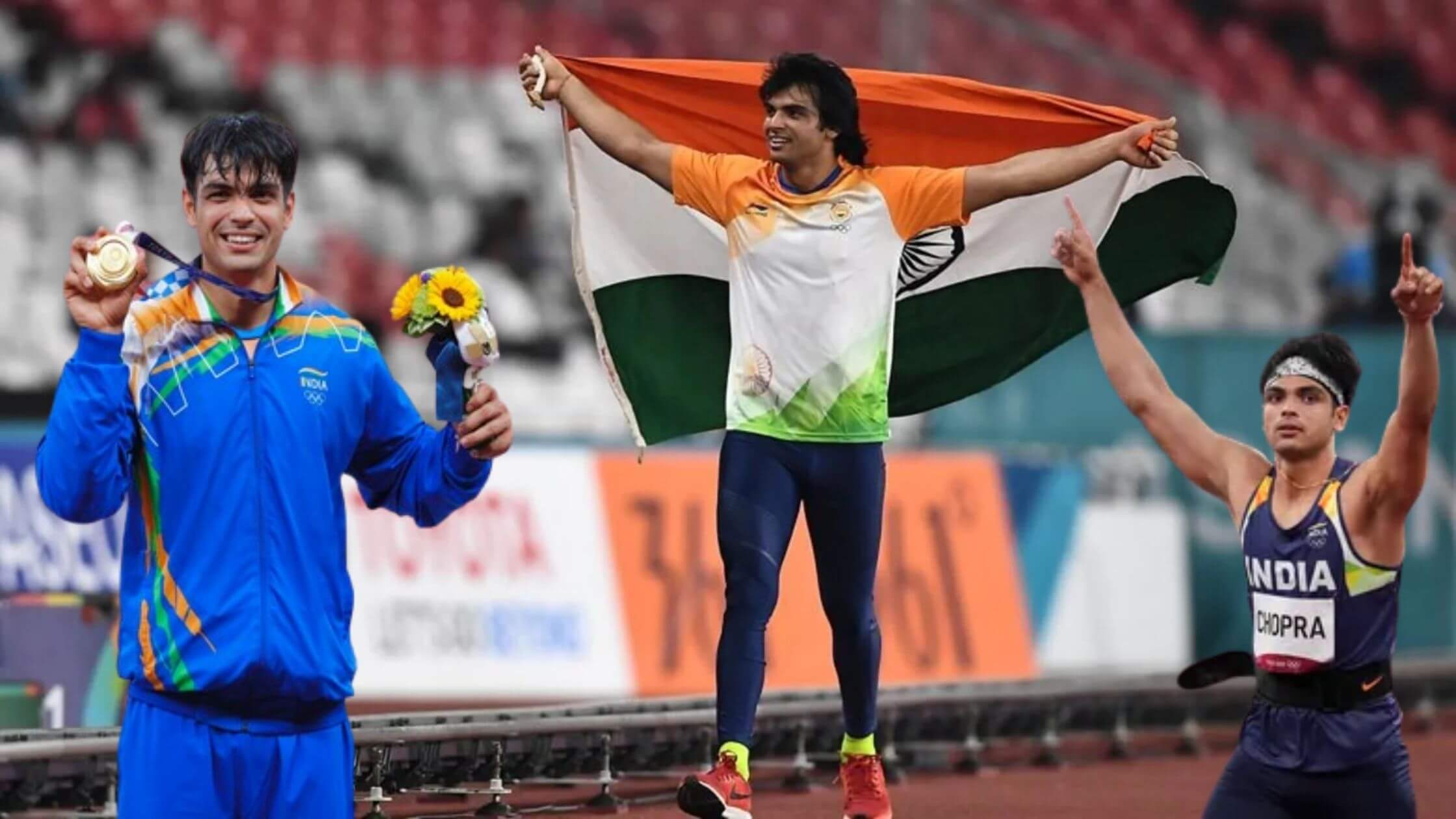 Neeraj Chopra Biography: India is renowned for its brilliant cricketers, hockey players, badminton players, and shooters but its track and field athletes have rarely made a huge mark on the sport internationally. Neeraj Chopra, however, is changing all that. The Panipat-born javelin thrower is a sensation.

Neeraj Chopra won the gold medal in the Tokyo 2020 Olympics with a throw of 87.58m in his second attempt on 07th August 2021. In this article, we will get to know about Neeraj Chopra biography, career, height, girlfriend, family, records, medals and much more.

Neeraj Chopra is an Indian javelin thrower who is the first track and field athlete to win an Olympic gold medal for India. He was born on 24 December 1997 in Panipat, Haryana. Now he is 23 years old and he has won a lot of gold in Olympics.

His Height is 178 cm or 6 ft. and his weight is 86 kg. He falls under the category of track and field and is ranked at 4. His coach’s name is Uwe Hohn.

He has another identity as subedar and enrolled in 4 Rajputana Rifles. Neeraj Chopra joined the Indian Army in 2016. Neeraj Chopra was promoted to the rank of Subedar and received accolades for his contribution to sports.

“Excellence is the gradual result of always striving to do better.”

In 2018 @Neeraj_chopra1 pierced through every Indian record on the field. 2019 will be the year of imagination, hard work & taming challenges, to chase the Olympic glory #Tokyo2020 #IAmTeamIndia🇮🇳
📸@rahuldpawar pic.twitter.com/WbfijQ5gqe

Neeraj’s father Satish Kumar is a farmer in a tiny village of Khandra in Panipat, Haryana. His mother, Saroj Devi, is a housewife. Neeraj Chopra has a total of five siblings.

Neeraj developed an interest in Javelin at the tender age of 11 after keeping an eye on Jaiveer (Jai Choudhary) who used to practice at the Panipat Stadium. Jaiveer is a javelin athlete who represented Haryana.

When he grew up watching athletes playing javelin throw Neeraj decided to take the game to the next level. In 2014, Neeraj bought his first Javelin worth Rs 7000. Later at the international level, he purchased a javelin worth Rs 1 lakh in the national camp he attended.

Neeraj Chopra receives coaching under the German legend Uwe Hohn. He is a retired German track and field athlete who competed in the javelin throw. He is the only athlete to throw a javelin 100 meters or more, with his world record of 104.80 meters.

A new javelin design was implemented in 1986 and the records had to be restarted, thus Hohn’s mark became an ‘eternal world record’. One can hope that the young talent goes one better than the guru himself.

Neeraj Chopra is completely healthy physically and mentally. His total weight is 86 kg and his height is 178 c.m or 6 ft. He is very good in track and field games and has also won many medals.

Neeraj Chopra takes great care of his health and he is physically fit. Due to his physique, he has performed very well as an athlete. At the age of 23, he plays very well as compared to the rest of the common people.

The 23-year-old Neeraj is currently in the fold of JSW Sports. He is also named as brand ambassador by sports drinks giant Gatorade in a partnership that runs up to 2021. Neeraj Chopra is estimated to have a net worth of $1 Million to 5$ Million (Approx).