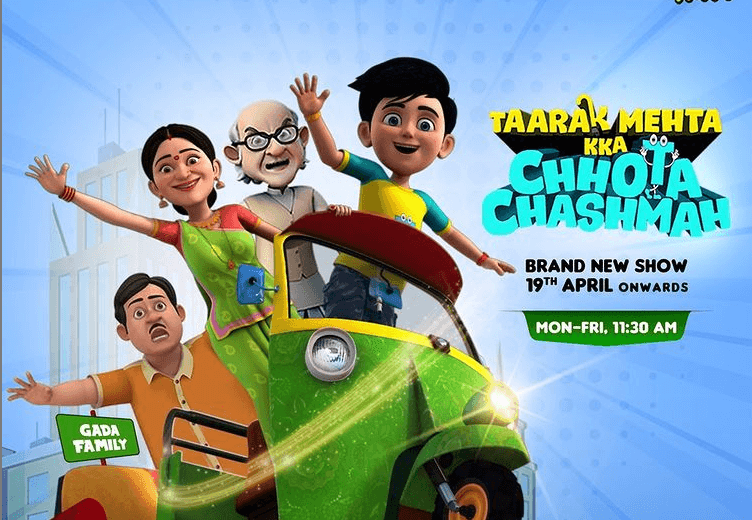 The first look promos of the animated series, featuring the toon avatars of Jethalal, Daya, Babuji, and Tapu, were shared on the official Instagram handle of Sony YAY.

In the promos, Babuji is seen yelling at Jethalal, Dayaben is seen showing off her unique Garba skills in the same bright sarees while Tapu is acting naughty as always.

It has been revealed that the show will be starting on 19 April 2021 and will be airing on Sony Yay from Monday to Friday at 11 a.m.

While the theme and characters of the show appear to have been retained in the animated version, it is bound to have some changes in the plot.

In this show also you will get to see only the characters of the original show which is as follows: Daya bhabhi, Tapusena, Bapuji, Jethalal, and the entire Gokuldham Society will be seen in this show. By the way, this show is made for children.