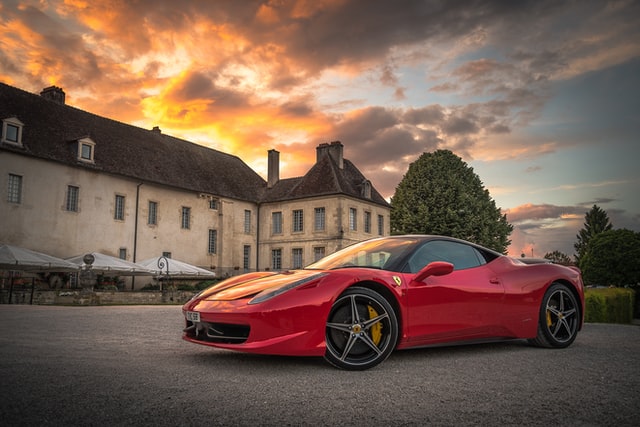 Who are the richest people in the world? Is Jeff Bezos still the richest man on this plane? Let’s find it out!

There have always been changes in the list of the world’s billionaires due to changes in people’s net worth. For some people, it is a matter of entertainment to see who has the most money.

Last year you saw Jeff Bezos becoming the richest man in the world. But is he still in the same position? Nah! Elon Musk surpassed him by increasing his wealth to $ 195B.

So, here is the latest list of new top 10 Billionaires in the world.

Recommended: 5 Proven Ways to Make Money Online From Blogging in 2021

In 2020, he had a net worth of about $29 billion, which was not enough to figure in the list of the top 10 richest people in the world.

But in the year 2021, Elon Musk’s total wealth rose to $195 billion, nearly 550% more than in previous years, making him the richest person at the moment.

The reason behind this immense growth is the surging Tesla stock. But the question is, will Elon Musk continue to rank 1 or could his ranking fall in the future?

Well, it depends on the performance of the stocks. If it continues to perform well, his net worth may increase even further. Conversely, if the stock goes down, he may lose the first position.

Amazon founder and CEO Jeff Bezos have lost the first place among the world’s richest people. In 2020, he had achieved the first position beating Bill Gates.

But in 2021, his rankings dropped to second position due to the last change of -$4.24 billion. He is currently having a total net worth of $185 billion according to the Bloomberg reports.

Also read: How to Start a YouTube Channel & Earn Money in 2021

The ranking of Bill Gates, co-founder of Microsoft, dropped to the third position this year. There was a time when Bill Gates was named the richest man in the world. But his ranking has been falling over the years.

However, he has a net worth of $134 billion at the moment which is higher than last year (approx $91B). But even then it is not enough to go to number one.

Bernard Arnault, CEO, and chairman of LVMH is currently the 4th richest person and one of the centi-billionaires in the world. He holds a net worth of $116 billion this year.

Bernard’s wealth dropped last year due to the negative effects of the epidemic. However, he ranked 4th on the list of the richest people in the world.

Mark Zuckerberg, CEO and co-founder of Facebook, is now listed among the world’s centibillionaires as his wealth crossed $100 billion this year.

A few years ago, there used to be only one centibillionaires, Jeff Bezos. But, there are total 5 of them at this time. Mark Zuckerberg has total wealth of $102 billion, higher than the previous year.

Zhong Shansha, a well-known Chinese businessman, has become the richest person in Asia. He is the founder and chairman of Nongfu Spring, the largest bottled water Chinese company.

Moreover, he is holding the 6th position among the world’s’ richest people. However, he was not in the top 10 list last year. But suddenly, he overpowered Warren Buffett due to a huge boom in his wealth.

Last year, Berkshire Hathaway’s president and CEO, Warren Buffett, went into a loss of more than $4 billion, causing the ranking to fall. However, he was still in 6th place.

But in 2021, Warren Buffett was outranked by Zhong Shansha. He is now the 7th richest person in the world. Due to the impact of the epidemic, the company was obliged to sell its stakes in US airlines previous years.

Having a net worth of $83.6 billion, Larry Page has gotten the 8th position in this billionaires list. He is the co-founder of Google, a mostly used web search engine, as well as Alphabet.

Larry Page was also the CEO of Alphabet. But recently, he was replaced with Sundar Pichai, CEO of Google. However, he is still a shareholder and member of the board.

Another co-founder of Alphabet and Google, Sergey Brin is currently the 9th richest man in the world with a total wealth of $81 billion. He was in 10th position last year. But we can see a growth in his wealth as well as position this year.

Oracle co-founder and president Larry Ellison moved from 8th to 10th place with total assets of $80 billion. However, his wealth increased by $1 billion more than the previous year.

Along with being a third owner of the Californian company Redwood City, he also holds a few stakes at Tesla, co-founded by Elon Musk.